From big business stills to the small-batch distiller down the road, what began as a proper hooch became an important pour in this nation’s rocks glass. Bourbon, with its color of the setting sun dropped in a bottle of late summer honey, has fueled America’s characters for centuries. Cowboys, politicians, and old Hollywood legends alike have all enjoyed a dram.

Bourbon is whiskey, but not all whiskey is bourbon. Whiskey is a spirit distilled from fermented grain mash like corn, wheat, rye, or barley, but classifying a whiskey as bourbon means it must fit a particular rubric. According to federal law, the liquor in question must meet the following requirements: 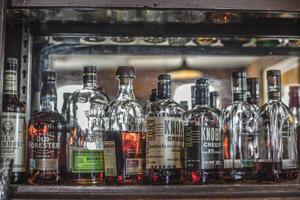 Unsurprisingly, as many of the best tales are, the true history of bourbon is largely apocryphal. No one really knows how or where it began, except it took hold in Kentucky around the 19th century, and Prohibition aside, America hasn’t looked back since. It has been said that a Kentucky Baptist minister was the first to put whiskey in aging barrels, or that the distinct name of the amber booze stems from northern Bourbon County, Ky., or that the drink takes it name from Bourbon Street in New Orleans, where it became mighty popular. What we do know for sure is that the Ohio River played an important role in shipping the particular whiskey from Kentucky to Louisiana and elsewhere, spreading its popularity as America’s native spirit.

Speaking of Ohio, while bourbon is the darling of Kentucky, Cincinnati was one of the most important cities in the business up until the end of Prohibition. First, it’s a port city, so shipping down the river was key. Second, it was home to several distillers and rectifiers on the “whiskey row” riverbank. Thirdly, Prohibition didn’t stop boozy ambition, leaving Cinci with a thriving bootleg industry. Lastly – on the legal side of Prohibition – the Schenley Distillery, one of only six distilleries in the entire nation licensed to make “medicinal spirits,” had its headquarters there. 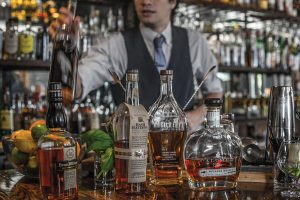 That bitter, medicinal taste was prevalent in early bourbon, leaving it with the ominous distinction of not being “classy,” albeit popular. Thankfully, the taste improved and got more nuanced and enjoyable. It took over 100 years for whiskey and bourbon to be dethroned as country’s favorite liquor. (Thanks a lot, vodka.) These days, bourbon is back en vogue, the 21st century bringing with it the creation of the American Whiskey Trail in 2004 and the declaration of September as National Bourbon Heritage Month in 2007. (Thanks a lot, Congress!)

Ready for a tipple? There are several styles of bourbon, so start with a bottle you think you may like. For the most part, bourbon comes in five different styles. Young bourbon tends to be peppery and bright. Straight bourbon leans completely opposite with notes of molasses and caramel. Rye bourbon features an aggressive bite, while 100 percent corn bourbon is sweet and easy. Wheated bourbons are also easier on palate, flavor-forward with hints of nuts and grains.

Remember, as a general rule, the darker the liquor, the worse the hangover. So, whether you like it neat, diluted, on the rocks, or in a mixed drink, enjoy responsibly and get your bourb-on!

MIX IT UP: Make your own bourbon drinks with these recipes

Crushed ice (this is key to a proper mint julep)

Place the mint leaves in the bottom of a julep glass (an old-fashioned glass will do if you don’t own one of these glasses) and top with the sugar. Muddle these together until the leaves begin to break down. Add a splash of seltzer water, fill the glass 3/4 full with crushed ice, and add the bourbon. Top with another splash of seltzer, stir, and garnish with a sprig of mint. Serve immediately. 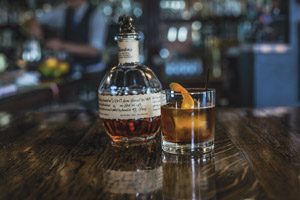 Place sugar in an Old Fashioned glass. Douse with bitters and add a few drops of water. Add whiskey and stir until sugar is dissolved. Add several large ice cubes and stir rapidly with a bar spoon to chill. Garnish, if you like, with a zest of orange and/or a cherry. 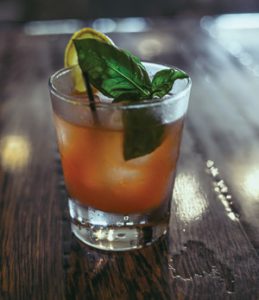 In a cocktail shaker, muddle your watermelon and basil. Add the bourbon, lemon juice and simple syrup with ice and shake. Stir into a chilled glass and pour over ice. Garnish with fresh basil and lemon slice. 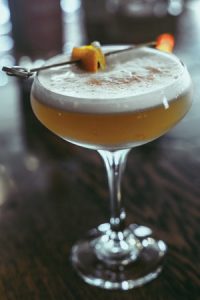 Fill a cocktail shaker halfway with ice. Add bourbon, egg white, lemon juice, and rich simple syrup and shake vigorously for 10 to 15 seconds. Pour into a cocktail glass, top with bitters, and serve.